85TH ANNIVERSARY OF THE ALEXANDRIA LIBRARY 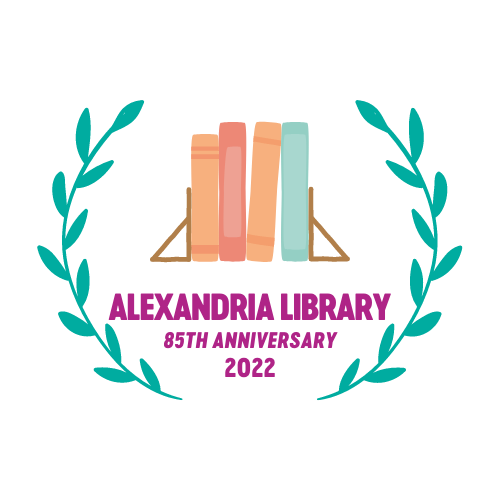 Alexandria Library opened as a public library system on August 20, 1937 with the construction of the Barrett Branch Library. However, the Library originally began as a subscription library, founded on July 24, 1794 by the Alexandria Library Company, and members were required to pay a fee.

Check out our timeline to learn more about the Alexandria Library throughout the years.

This page will be updated with additional information about upcoming events and important figures in Alexandria Library's history.

BRANCHES IN OUR COMMUNITY ANNIVERSARY PROJECT

Add Your Leaf to Celebrate the Library’s 85th Anniversary

The Alexandria Library and the community we have grown from have sustained one another throughout our decades of co-existence, and to celebrate our 85th Anniversary, we have created an interactive community project to honor that relationship.

Beginning on August 20, the Library’s 85th birthday, we are inviting community members and Library patrons to add a leaf to the Branches in Our Community project in each branch. Write on that leaf what the Library means to you, or how it has affected your life, and our trees will bloom with support, stories, and love.

Stop by any of our branches between August 20 and September 17, 2022 to add your leaf and help us celebrate. Your support helps to sustain us, just like we help sustain our communities.

The first Alexandria, Virginia public library, known as the Kate Waller Barrett Library (919 Queen Street), opened on August 20, 1937. It was given as a gift to the city from her son and named in her honor.

Dr. Kate Waller Barrett was born in January 1857 in Stafford County, Virginia. She was the eldest of 10 children born to Withers Waller and Ann Stribling Waller. Kate met Reverend Robert South Barrett at the Aquia Episcopal Church, Robert’s first parish, and the couple married in 1876. Kate and Robert had seven children, only six of them surviving to adulthood.

Kate started her medical education by training to be a nurse, eventually earning her M. D. from the Medical College of Georgia in 1892. Robert was posted to several parishes including churches in Kentucky before he was posted to be preacher of a church in Washington, D. C. in 1894. Rather than live in D. C., the Barretts purchased a home in Alexandria. Two years later, in 1896, Kate lost her husband to stomach cancer. She never remarried, instead throwing herself into her philanthropic work.

While Kate was a medical doctor, she is best known for her absolute devotion to the fight for women’s rights and the care of disadvantaged women. She co-founded the Florence Crittenton Mission alongside Charles N. Crittenton, taking a very active role in the Mission’s running. Kate and Charles’ mission was to offer a safe place for unwed mothers and former prostitutes to live and gain the skills needed to obtain legal employment to support themselves and their children. The Florence Crittenton Homes are still active today.

Besides the Mission, Kate also worked as a representative of the U. S. Government to various European peace conferences and investigative committees. She was a charter member of the League of Women Voters, as well as being president of the National Council of Women from 1911-1916. After a very brief illness, Kate died at her Alexandria home in 1925 at the age of 70.

Kate was the first woman to receive the honor of having the flag of the Virginia State Capitol in Richmond lowered to half-mast in acknowledgement of her death. Several of her children continued her philanthropic works for many years, some until their own deaths decades later. 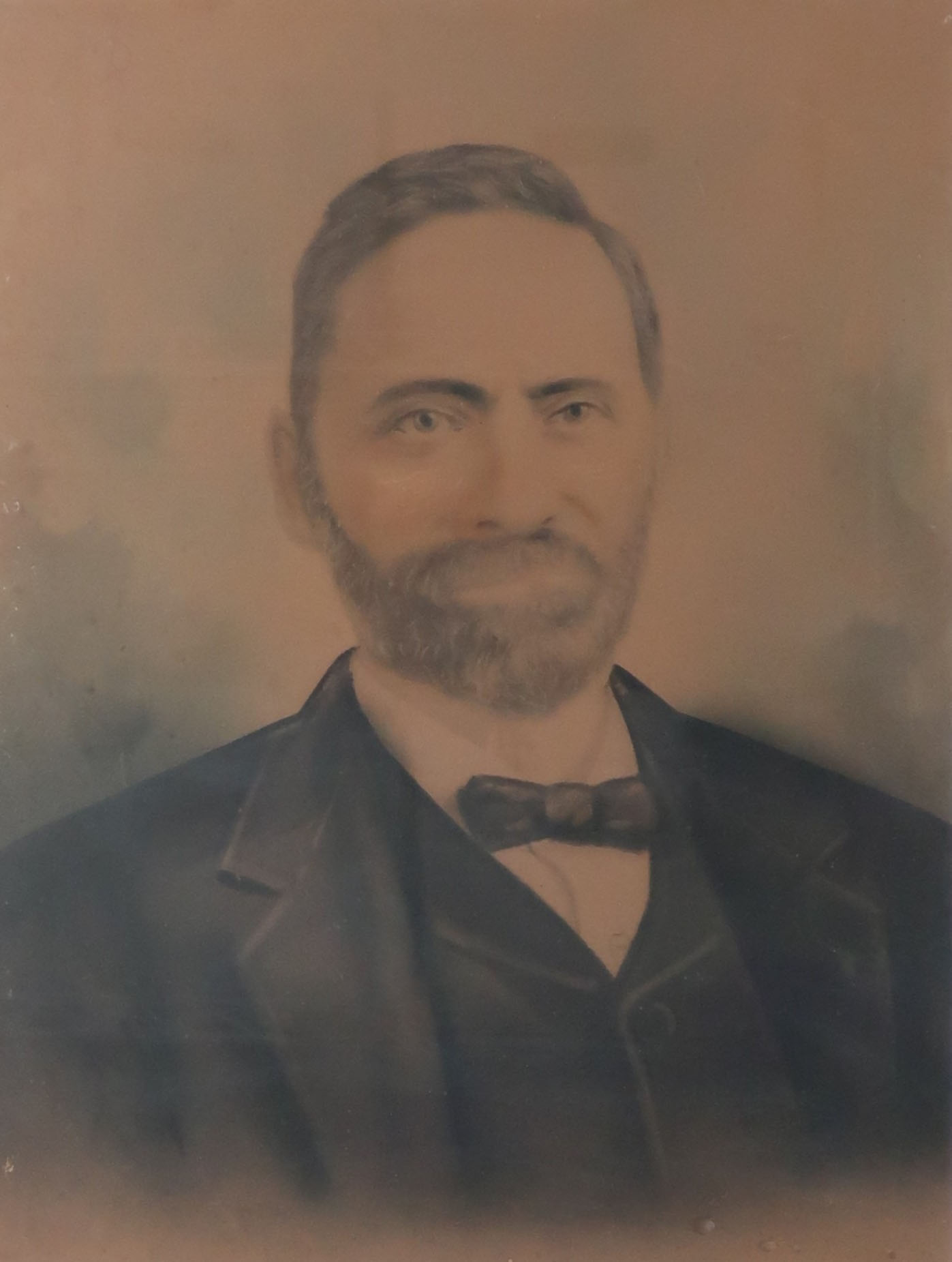 The Robert Robinson Library was opened on April 22, 1940. Due to his importance to the Black Community in Alexandria, the “separate but equal” Black library built in response to the 1939 Alexandria Library Sit-In was named in Robinson's honor.

The Robinson Library is now the Alexandria Black History Museum. 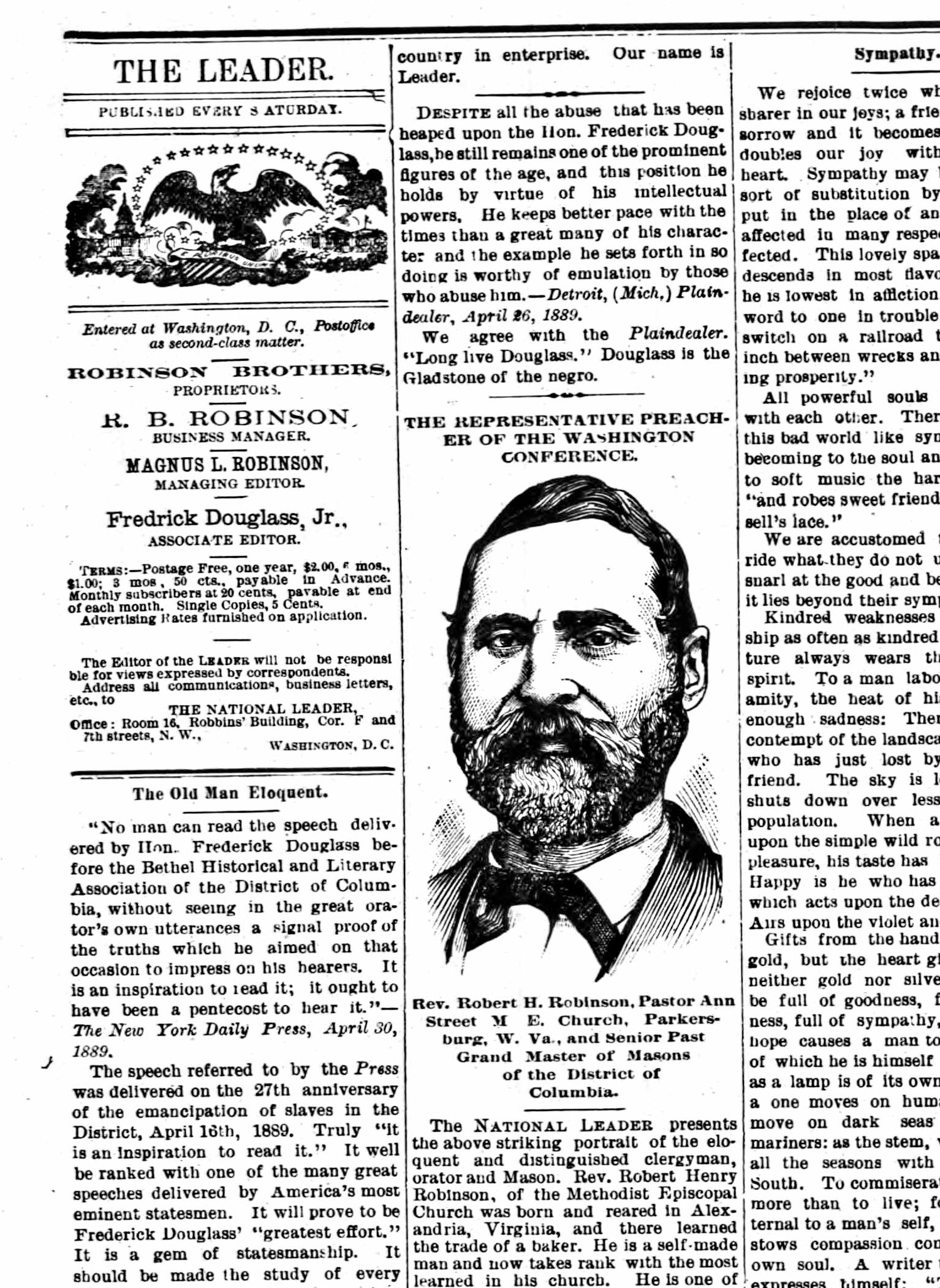 Robert H. Robinson was born on March 14, 1824, in Alexandria, Virginia to the daughter of Caroline Branham, the enslaved maid of Martha Washington, wife of President George Washington. He eventually gained his freedom through the efforts of his grandmother.

Robert married a woman named Mary Ann in 1847, their 50th anniversary earning its own article in the Washington Bee newspaper (Chronicling America website, The Washington Bee, 14 August 1897). The couple had six children together.

Robert passed away in 1909 at the age of 85. After his passing a chapel was built, and named in his honor, on the grounds of the William McKinley Industrial School in Alexandria, where Robert had been on the governing board as treasurer of the school.

A 1796 map—which would be the earliest of its kind to be owned by the city—and 200‐plus page ledger will find a home at the Alexandria Library. The acquisition of the extraordinary documents, which belonged to Charles Alexander and were used in a case that was heard by the Supreme Court, was celebrated with members of the historic Alexandria community. The Library is pleased to house the manuscript map and related ledger of land records at one of the city’s leading establishments that focuses on local history and genealogy: The Special Collections Branch at 717 Queen Street.

Pulling together to make this momentous feat possible, were contributions of several organizations. This group, led by the Alexandria Library Company, also include the Alexandria Forum, Alexandria Historical Society, the Friendship Veterans Fire Engine Association, and the Historic Alexandria Foundation.

“Within the historic community, we all agreed the documents should remain in town,” said Rose Dawson, Alexandria Library’s Director. “We appreciated the fact that Gary Eyler, the map’s owner and seller, supported working with the team to make it happen. The Map and Ledger are just a few items we hope to use to heighten public awareness about Alexandria’s rich past.”